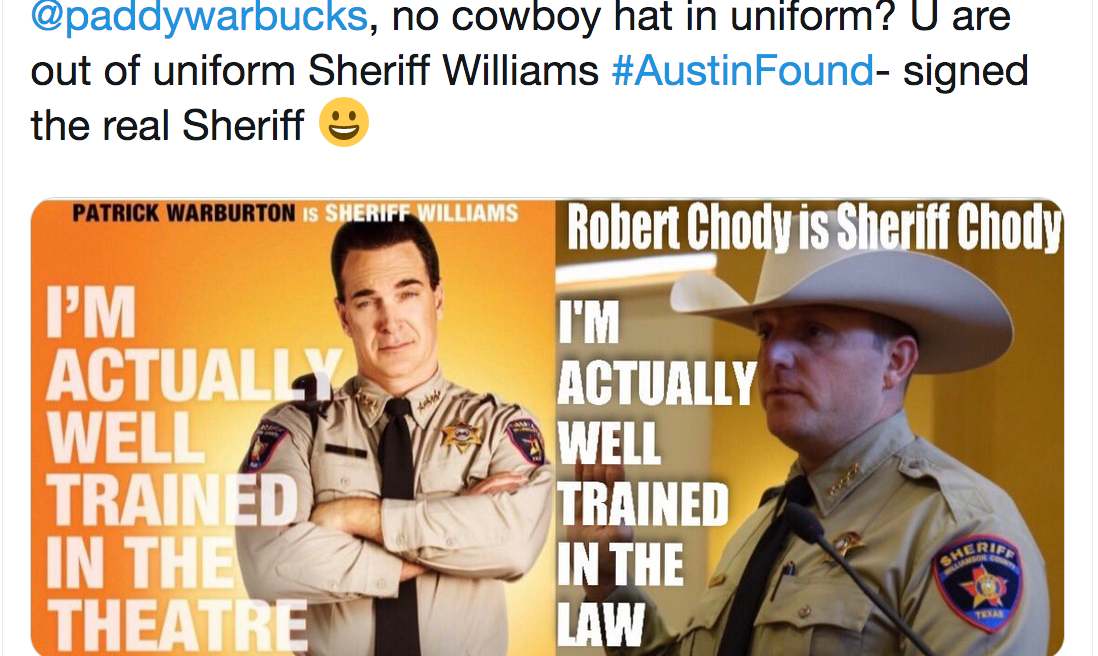 In a January 2017 article titled ” MILLIONAIRE COP BRINGS NEW ENERGY TO SHERIFF’S OFFICE” by The Independent Liberty Hill, Chody boasts that he only terminated eight employees when he took office.

Out of the 538 employees, eight were terminated when Chody took office. “That’s a very low number for a department our size,” he [Chody] said.

That was the last time he could boast about the low number of employees leaving the SO.

In the first year, the numbers began to grow. A total of 89 employees left, taking with them 692 years of experience and training in 2017.

So far in 2019, 71 employees have left, taking with them 458 years of experience and training.

Since Chody took office, a total of 254 employees have left. Out of his original 538, that’s 47% of the employees. 11 left for “Other”, 142 “Resigned”, 46 “Retired” and 54 are listed as “Terminated”. Keep in mind that many that show resigned or retired were given no other choice.

Overall, the Williamson County Sheriff’s Office lost 1,674 years of experience and training of the employees, and averaged an employee leaving every three days. We are working on an amount that this cost Wilco taxpayers.

In a October 24, 2019 CBS Austin article by Jordan Bontke titled “WilCo Sheriff Chody touts leadership change at academy after state investigation” , Chody blames the turnover rate on his attempt to get rid of corruption that started before his time. Of course he uses his favorite phrase, say it with me, “DISGRUNTLED EMPLOYEE”.

“There are some disgruntled employees out who no long have a job because I’ve held them accountable. They don’t like transparency and they don’t like the changes taking place, being more open to the public in that aspect, and because of that they’re resisting everything the Williamson County Sheriff’s Office is doing. It’s gotten to a point where it’s dangerous for our employees. They’re distracted, some of them are distracted with the negative talk they see on a regular basis,” he said.

However, eighty-nine of these employees, or 35%, were hired by him. But we agree, the employees are distracted. They are distracted by the knowledge that at any moment, they could be next. Many choose to leave to save their families and their peace of mind. Others will secretly admit they are just keeping their heads down and trying to survive. There is absolutely no denying that this turnover rate is unheard of and is costing the taxpayers a ridiculous amount of money.

Meanwhile, Chody enjoys celebrity status from his time on LivePD and his many attempts at going viral on social media.