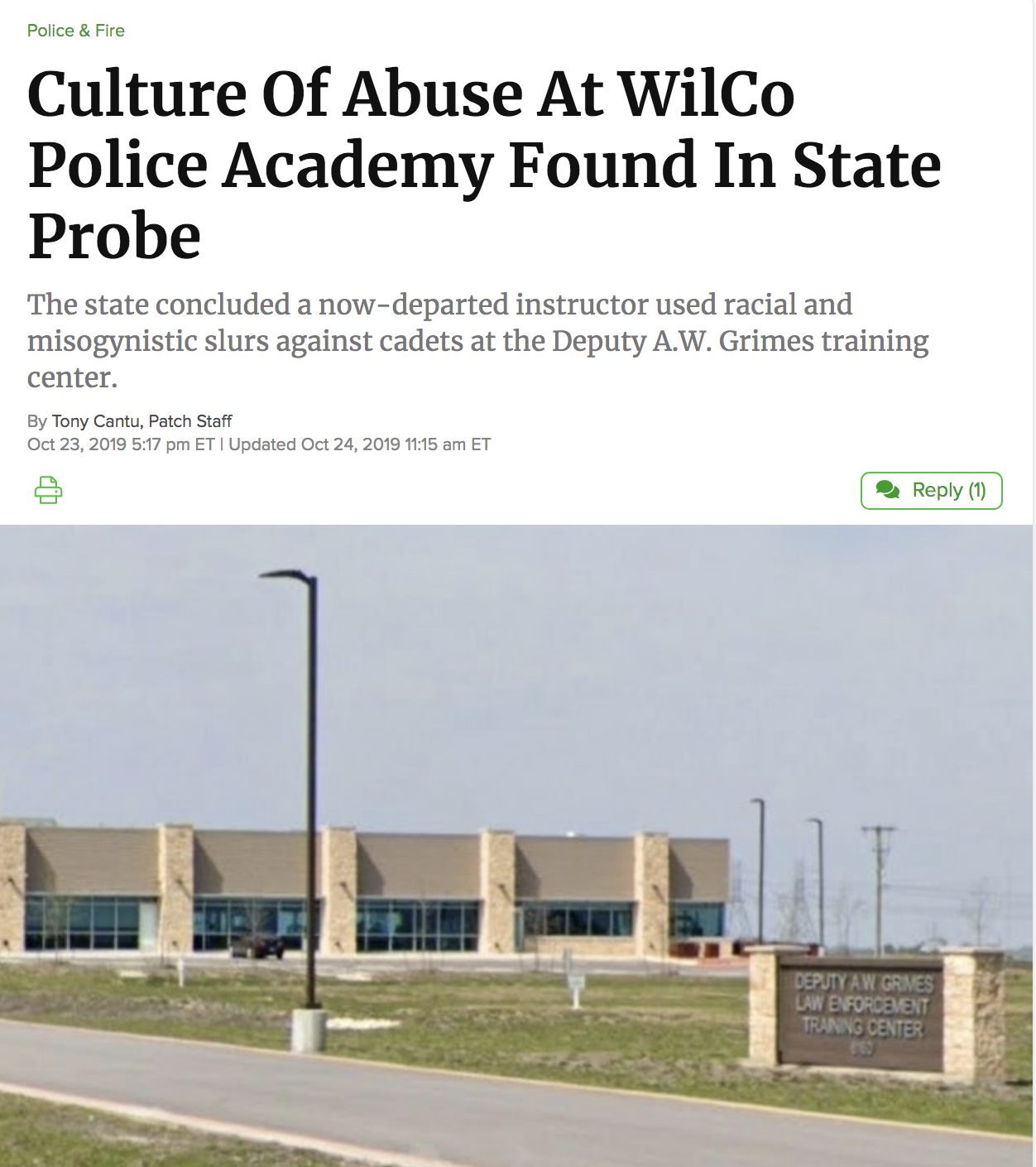 The new Deputy A.W.Grimes training center was investigated by the Texas Commission on Law Enforcement. According to the article by Tony Cantu at the Patch:

The investigation spanned nearly nine months. During this time, Nickel was apparently moved from the training center to at SGT at CID.

The Texas Commission on Law Enforcement is heading the investigation into the Deputy A.W. Grimes Training Center, 8160 Chandler Rd., in Hutto, Texas, which opened barely a year ago. Earlier this week, Patch learned the probe is centered on the artificial raising of scores for a cadet from Williamson County who did not pass the battery of tests — a failed effort by an instructor to have someone representing Williamson County rather than a cadet from elsewhere who trains there to be named valedictorian of the next academy graduating class.

As Patch first reported Oct. 18, a complaint filed with the state agency sparked an investigation into practices at the Deputy A.W. Grimes (D.A.W.G.) training center at 8160 Chandler Road in Hutto, which was completed this year at a cost of $9.9 million. Patch learned the investigation was sparked after a complaint filed by Pflugerville Police Chief Jessica Robledo, which is confirmed in the state report. Patch reached out to Robledo for comment, but she declined through a spokesperson to be interviewed.

Patch has learned the since-departed instructor, Sgt. David Nickel, previously served as an officer with the Austin Police Department and in Lakeway. Sources told Patch that Nickel was placed on indefinite suspension from the Austin department for undisclosed reasons. Patch has requested information from both departments about his employment and his reasons for leaving.

Among the allegations against Nickel was that he used abusive language and slurs against African Americans and women cadets, Patch learned. Another allegation centered on manipulation of scores, including charges one recruit from Williamson County who failed a battery of tests was artificially elevated ahead of his class to ensure valedictorian status from the host county.